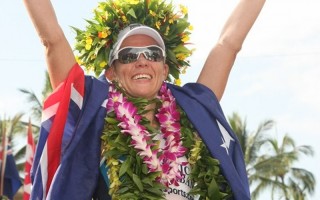 One of the Greatest Triathletes of all time

Originally from Australia, and now residing in Boulder, CO Mirinda is a one of the world’s most successful triathletes. Her 2007 70.3 World Championships win secured her ticket to the Ironman World Championships in Kona. In 2009 she set a course run record and finished 2nd in her first Kona appearance. She continued her dominance and went on to win three Ironman World Championships in 2010, 2013, and 2014. Her 2013 win included the third fastest marathon of the day including the men’s field. Her blistering run course record from 2014 still stands today (2:50:26). Mirinda is a threat at every race she enters with over 50 wins at major events throughout the world. Her Ironman 70.3 World Championship title and three Ironman World Titles and seven podium finishes in Kona in the span of a decade marks her as one the of the greatest triathletes of all time.

Growing up in Queensland, Australia, Mirinda Carfrae, widely known as “Rinny”, was a sporty child, with basketball her primary focus. At 5’ 3”, however, her true athletic potential remained untapped until a high school triathlon coach noticed her speed on the court and suggested she give multisport a go. At the age of 19 she competed in her first triathlon and shortly thereafter–with no prior background in swimming, cycling or running–made the 2001 Australian Junior Elite Team.

That victory was pivotal, not only as a precursor to Rinny’s numerous half iron-distance wins to that date, but also to punch her first ever entry ticket to the Ironman World Championship in Kailua-Kona, Hawaii, an honor she postponed until 2009. That October, as a wide-eyed Ironman rookie, Rinny stepped off the plane onto the Big Island and was quickly swept up in the race week frenzy, heralded as the next great hope for the title at triathlon’s “holy grail” despite having yet to prove her prowess at the distance.

But prove it she did, using her finely-honed foot speed to post a course run record and secure second place. The following year, Rinny’s constant drive to improve resulted in her first title as Ironman World Champion. In the years that followed, despite race day struggles that might derail a lesser athlete, Rinny never strayed from the podium steps in Kona, earning second (2011) and third (2012) before regaining her crown in 2013. In so doing she struck fear in the hearts of competitors both male and female, posting the third fastest marathon overall (2:50:38), a new run record enroute to scoring the women’s Kona course record in 8:52:14.

2014 was a year filled with exciting new adventures for Rinny. Her winter wedding (December 2013) to fellow triathlete and Ironman Champion Timothy O’Donnell marked the start of a thrilling new chapter in her personal life. Professionally, the reigning Ironman World Champion expanded her horizons to Europe, claiming victory against a highly competitive field at Germany’s iconic iron-distance race, Challenge Roth, and confirming that all eyes will be on her yet again in Kona.

Mirinda’s continued success at the Ironman World Championships in 2016 was a podium runner up. In 2017 Timothy and Rinny welcomed their daughter Izzy where both Rinny and Izzy supported Timothy on his road to Kona that same year. She returned to racing in 2018 post baby finishing 5th place in Kona. The family welcomed their son Finn in early 2021 and both athletes look to put their eyes on the return to World Championships in Kona in 2022.

When not traveling the world in pursuit of triathlon’s greatest challenges and balancing family life 24/7 Rinny and Timothy make their home in the endurance sports haven of Boulder, Colorado, along with their two kids and stuffed dog Charlie.